DuoSTATION® MDM v4.8.7 has a lot of new features, optimizations and bug fixes. Some of them are new features for the upcoming iOS 11.3. Here are the most important ones.

New columns in the ’Devices’ view

We have added new columns that can be displayed in the ’Devices’ view. The new columns are:

In the iOS-information tab, it’s now possible to see if a system update is available. 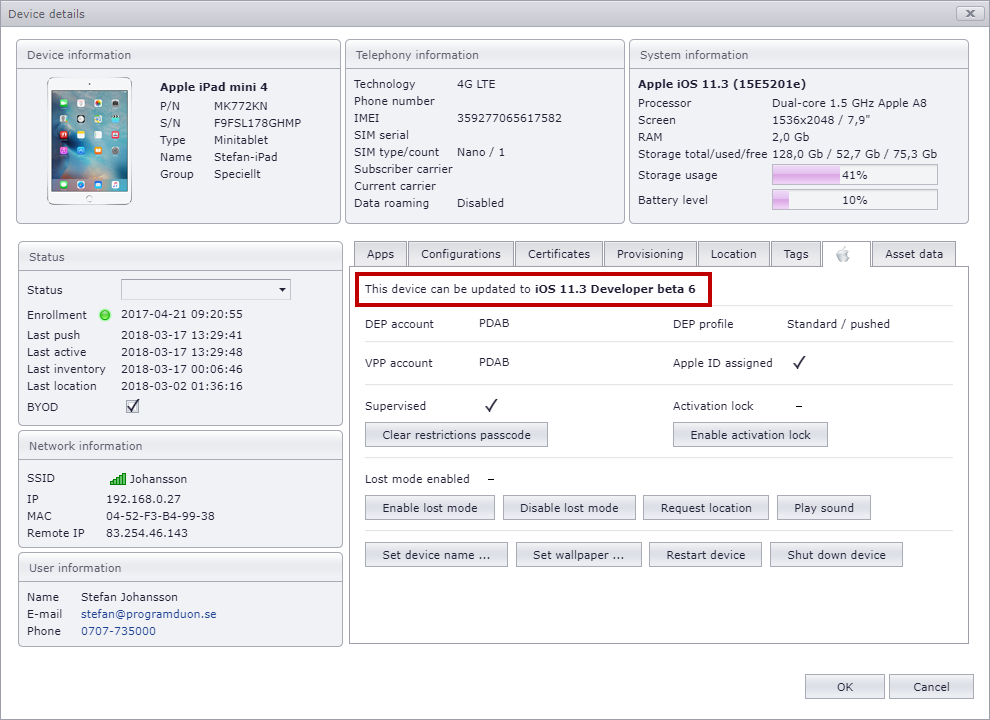 Now the system automatically imports more information about apps. For instance if an app only runs on 32-bit iOS, if an app can use device assigned VPP-licenses and operative system minimum requirement. These values can be displayed in the ’Apps’ view by using ’Actions>Customize layout’.

The system also checks if an app is compatible with the target device. 32-bit apps won’t be installed on iOS 11 or later, minimum operative system requirement must be met and apps designed specifically for iPad will not be installed on iPhones.

We have improved the uploading of inhouse Android apps.

The XML-data in ’App settings’ is now displayed with colors (syntax highlightning), so it’s easier to read and edit. 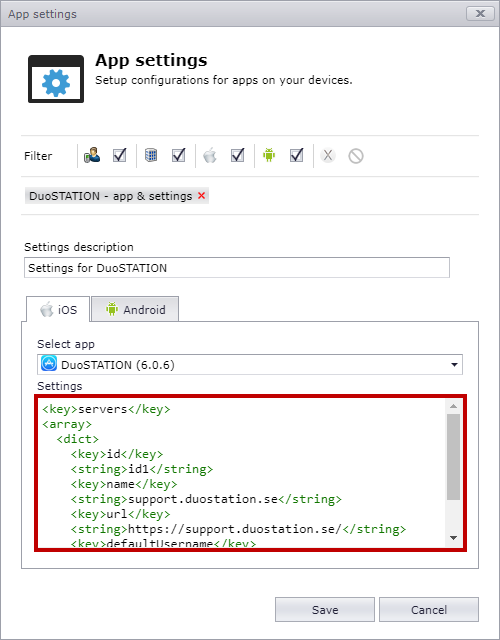 We have added several new restrictions:

We have finally added the possibility to block/allow web sites. For the moment this works on ‘supervised’ iOS devices only. I next version this will also work for Android devices. 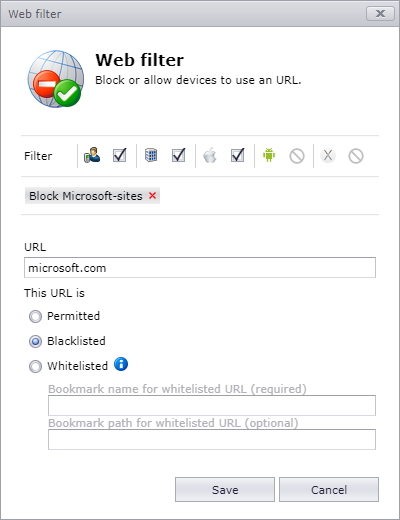 Just like restrictions and blocked apps, it’s possible to configure if an URL should be allowed or not based on different group levels. If a configuration exists where an URL is blacklisted or whitelisted, the build-in adult content filter is also activated.

We have improved the integration with DEP/ASM. Now it’s also possible to see program type and the DEP-id. 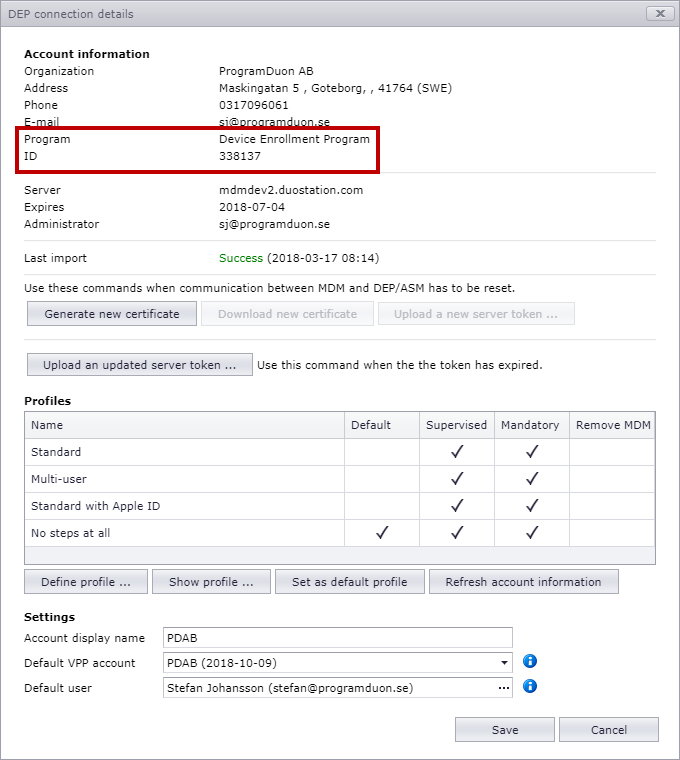 We have added new setup steps to show/hide the DEP profile:

Use login credentials when enrolling via DEP/ASM

Now its’ possible to prompt the user for a username/password when enrolling a device via DEP/ASM.

Since this setting is not stored in DEP/ASM, it’s possible change login type whenever needed. Possible settings:

Enrolling by using Samsung KNOX Mobile Enrollment has been improved.

A shortcut to the MDM-app will be created when enrolling.

We have fixed the bug that made it possible to move a group as a subgroup to itself.

Now the linked tags won’t disappear for Android devices when re-enrolling a device after a wipe-command has been issued.

We have speeded up and improved the command handling and signing of configuration data.