To make the login process more secure it’s now possible to use 2-factor authentication. It’s handled on user level in the system by entering a mobile phone number in the field “Phone” and selecting “Send 4 digit PIN code by SMS”: 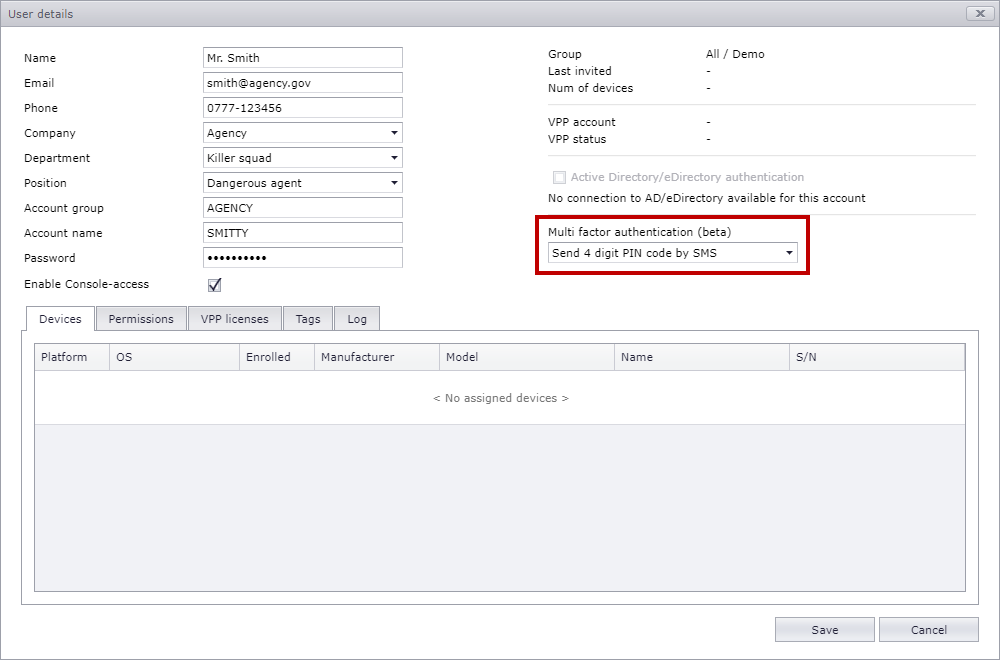 After a valid user name and password has been entered at login, a new web page is displayed where the user is prompted to enter the correct PIN-code: 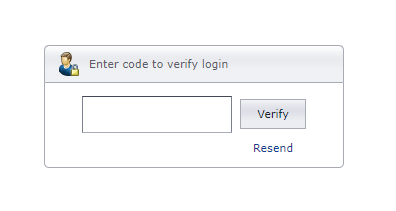 We have improved the handling of ‘lost mode’ on devices running Android 8+.

The handling of push-notifications has been improved, so commands – like ‘wipe’ and ‘lock’, are sent with higher priority.

Now it’s possible to delete messages sent to Android devices within the app. 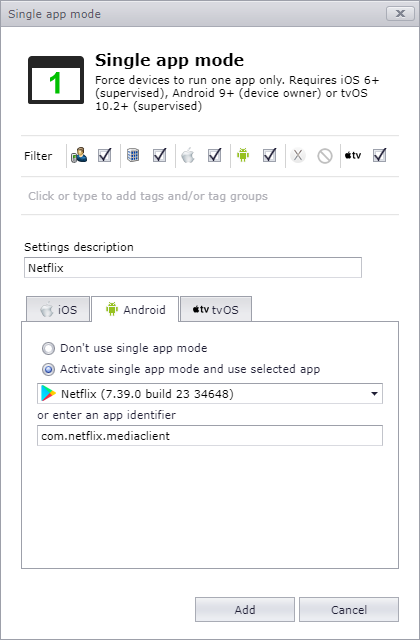 We have also made this configuration easier to handle for iOS devices and tvOS devices, by adding more system-apps and links to pages with system app identifiers.

We have made “App blocking”-configurations easier to handle for iOS devices and tvOS devices, by adding more system-apps and links to pages with system app identifiers.

For devices running iOS 13+, it’s now possible to configure which features in Exchange/Outlook to sync: 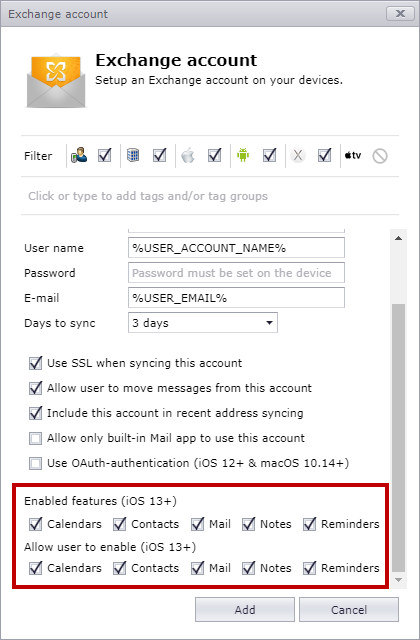 Fixed so devices running iPadOS 13 no longer are identified as Mac when enrolling manually.

Added new steps in the DEP-profile:

The links to the old sites for DEP and VPP are now removed.

We have added the following configuration variables: